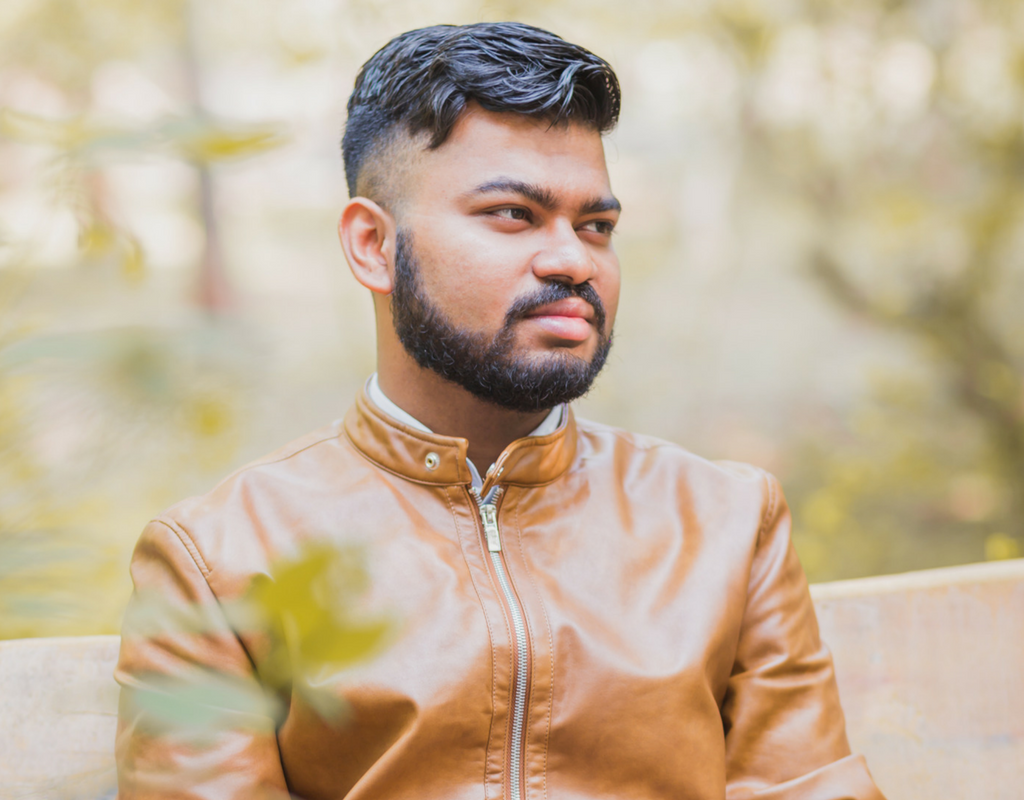 This is a guy my age – 28 – also with severe haemophilia A. Except he was born into a part of the world near Mumbai, where amongst the hustle and bustle of this vibrant Indian city, exist the extremes of wealth and poverty side-by-side.

I didn’t know much about his background at first, having met briefly through the North London Adult Haemophilia Network in 2016. We hadn’t really spoken since, at no fault of our own, until my mobile bleeped that day with his unexpected news. Strangely enough, I was actually preparing to leave for New York to participate in a patient advisory board about this novel treatment!

I’ve previously blogged about gene therapy, both in terms of community reaction (see Haemophilia Making Headlines) and pioneers in the field [see Factor This! Series: An Interview with Dr. Katherine A. High]. Yet, what about the actual people committing themselves to the clinical trials, who are helping shape the future of haemophilia as we know it?

I arranged to meet Rahul for lunch near his workplace in Canary Wharf – the beating heart of London’s financial services – which is a far cry from his humble and unprivileged beginnings. What he chose to share with me was pretty hard to digest, and elements of his story here barely scratch the surface.

However, it’s a stark reminder of the uphill challenges we still face as an international community, whilst realising the potential new therapies could offer to those in developing countries…

If we go back to 1992 when Rahul was 3-years-old, his symptoms had just been mistakenly diagnosed as a blood cancer. He had bled a lot since birth and with no reference to haemophilia, either in his family or by the doctors, they proceeded with a cancer treatment.

For obvious reasons, it didn’t go well. Rahul was a very sick boy until his grandfather forced them to stop. He did slowly get better but continued having bleeds.

After being referred to King Edward Memorial Hospital in Mumbai, he was correctly identified with having a bleeding disorder. However, it would be some time before Rahul found out what he really had;

“I lived the next 15 years or so of my life believing I had von Willebrand disease.”

Rahul grew up in an extremely poor family. With five people in the house to take care of, and his father the only income provider, clotting factor at that time was far too an expensive option. He was initially treated with cryoprecipitate;

“My father used to spend pretty much everything on my medicine… let’s say 40% on providing for my family and 60% on me.”

Much of what Rahul remembers of his childhood is pain. As he described, “I would go on with a bleed for months sometimes and only when it seemed like it was very problematic, I would have clotting factor but in very small amounts.” Consequently, his joints are significantly damaged.

His parents were very over-protective of him and naturally wanted to prevent Rahul from incurring bleeds, simply because they didn’t have the means to treat them. Rahul told me, “My childhood was quite strange as I spent a lot of time indoors.”

Nonetheless, he doesn’t blame his parents now for acting like they did, and can fully appreciate the position they were in. As Rahul put it, “I’m thankful that they cared for and educated me!”

Going to college was the first time Rahul gained a sense of independence;

“It was a big decision in my life… I was doing something on my own and taking responsibilities.”

Despite Rahul’s situation, he used to read a lot and did well academically. His final exam results were very impressive for someone that had only studied for two months, seeing as he, “… spent the rest of the time in hospital.”

It resulted in Rahul being awarded a scholarship to study computer engineering at the University of Mumbai;

“It took four years and my parents were really concerned that I wouldn’t be able to do it, in particular using public transport daily on my own… but I did, although at the cost of a lot of bleeds!”

Not only did these organisations offer an opportunity to meet others like him, Rahul was eventually able to access both plasma-derived and recombinant clotting factor. The majority was expired product as it was cheaper.

Rahul credits the increased availability of clotting factor partly to those that formed a haemophilia youth group;

“These people have been fighting to get better treatment for everyone and have been very successful in their efforts.”

By 21-years-old, Rahul was in very bad health. He recalled, “My elbows were so damaged that I was bleeding near enough every three to four days.”

Rahul managed to secure his first job as a software engineer for a company in the Indian city of Pune but could only work from home. He used his wages to buy clotting factor and couldn’t concern himself about anything else;

“All of my income went on it, without exception… let’s just say, I didn’t even buy shoes!”

Rahul pointed to a laptop as a symbol of opportunity for him and said, “Computers changed my life… I got good at what I do and it lifted me out of poor health and poverty.”

He made a mammoth decision to move 100km to Pune, which was a shock for his parents. Rahul’s flat mate was tasked with taking care of him (on his mother’s instructions, he added!).

It was here that Rahul finally learnt to self-infuse, as previously his father was the only person to treat him. When his best friend, Shrikant, moved there soon after, they went on many adventures, all the while taking care of Rahul’s health, “… like a brother.”

Rahul admitted, “I was just going wild… these two years were probably the best times of my life!”

Rahul wasn’t sure that if he continued to live in India, he could keep himself healthy; it was costing him his livelihood. As he put it, “I needed to find another solution… this is when I decided to move to Europe.”

Three years ago, Rahul was headhunted by a guy called Phil Calçado, who was Director of Engineering at the music and podcast streaming platform, SoundCloud. This meant a move to Germany and the possibility of prophylaxis for the first time;

“I didn’t know that but there was a chance…”

Two days after arriving in Berlin, Rahul experienced a bleed. On visiting the nearest hospital, the haematologist started him immediately on prophylaxis and comforted Rahul by saying, “You don’t have to worry about pain anymore.”

The moment brought Rahul to tears;

“For a lot of people in India, prophylaxis is a big dream… no one really imagines this can happen for them.”

As a result, his frequency and severity of bleeds went down considerably, suggesting, “I never experienced the kind of pain that I did in India… it’s almost a distant memory now.”

Even then with comprehensive care, Rahul was struggling to adapt to German culture. With contacts in the UK and more work opportunities in his field, coupled with similar access to healthcare, he relocated to London.

Interestingly, Rahul had read about some of the different clinical trials happening in the UK for haemophilia through the Irish Haemophilia Society magazine online. He acknowledged, “I wanted to be part of a gene therapy trial, even before coming here.”

Believe it or not, Rahul had once been saving up to have a liver transplant in India to try to ‘cure’ himself.1 It’s one of the only options that, “… some people at home are willing to take.”

After speaking with a consultant at the Hammersmith Haemophilia Centre, Rahul was put forward as a candidate for one of the FVIII gene therapy trials;

“I never thought I would be this close.”

“I wanted to know the risk factors… it’s a trial, so there’s always unknown unknowns.”

One of Rahul’s biggest fears was being in a situation where he couldn’t work. Or where re-administration wouldn’t be an option if it didn’t meet clinical expectations. He asked a long list of questions and said, “The study coordinators were transparent and answered them very satisfactorily.”

Another element was time investment, for example, sometimes three hospital visits in a week to check for adverse reactions. But for Rahul, “None of this seemed like they were asking too much with what might come of it.”

On the 26th February 2018, Rahul had a one-hour infusion of gene therapy;

“It was the most important day of my life!”

At the time of speaking, Rahul had stopped prophylaxis altogether.2

Looking Beyond the Here and Now

If there’s one sentiment that Rahul clings to, it’s hope. He said, “This is something I try to tell all my friends in India.”

As recently as 2016, he lost another friend to a bleed because they didn’t have access to clotting factor. For Rahul, it’s about ‘resource distribution’ on a global scale;

“It’s a matter of chance where and how you’re born… in India, no matter how hard people work, a lot will remain in poverty without the adequate care, if any at all.”

He champions those communities that fight for their rights to receive safe, affordable treatment as, “… trying to get hold of one box of clotting factor can be a massive struggle.”

Rahul didn’t want to finish without making an impassioned plea on behalf of those left behind:

“I found my way through this and did what I needed to survive. I encourage everyone to be more aware and sympathetic to the reality in developing countries, to advocate for equality and ensure their destiny is in their own hands.”

Strength reveals itself through character. I hope you’ll agree that Rahul has shown this in spades, and the lengths it can take to get what others may take for granted.

On behalf of On The Pulse, I would really like to thank Rahul for being so open and honest, and giving that hope to those who may come across this.

If you have a question for Rahul or would like to make any comments, tweet us at @PulseInSync, visit us on Facebook or leave a message below.

One thought on “Rahul and His Haemophilia: ‘It Was Like the First Day of My New Life!’”